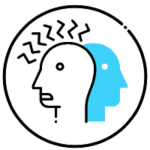 Agent Orange weed was created by TGA Genetics, and is a cross of Jack the Ripper and Orange Velvet (a well-known strain with a smooth, citrusy intensity). It is full of therapeutic terpenes and cannabinoids, and while it may not be the strongest cannabis on the market, it gets its name from its delicious orange taste.

It is a sativa dominant (75%) hybrid with high resistance to diseases and pests, and was designed to be as close to the flavor, aroma, and appeal of a fresh orange as possible. Bred as a hybrid with high sativa elements, Agent Orange weed offers an interesting blend of self-motivating sativa properties with a pleasant addition of relaxing indica effects.

With this unique blend – combined with its fresh, bright flavor – Agent Orange marijuana is a great daytime strain to use just as you are beginning your normal routine. Primarily utilized in this way by those who struggle with mental disorders like stress and depression, it can also be useful as a mild pain treatment thanks to its calming and therapeutic effects.

The very first thing you will notice upon getting a whiff of Agent Orange weed will be the smell of, erm… oranges. However, this isn’t the smell of just any boring old orange juice or artificial orange substitute – this smells like the real deal.

Realistically, it is the terpenoid profile of the strain that is responsible for its remarkable smell; the fruity citrus mixture of lemon and orange is a joy to behold, and the actual smell of oranges can vary between overt sweetness and the tart complexity the emanates from a small tangerine.

In a sense, Agent Orange cannabis smells like what you would imagine a fresh orange to smell like – even with the pungency of the citrus oils that compliment it. Behind this initial aroma is the more general flavor of citrus, as well as a cloying sweetness that punctuates underneath.

The flavor of Agent Orange is remarkably similar to its initial aroma, though there is an odd umami quality to the taste which is unlike any other orange-flavored strain you’ve ever enjoyed before.

There is also a hint of cheese in the taste, however, and the mix of sweet and savory tang that is produced is simply wonderful — this is unquestionably one of the tastiest strains you’ll ever find.

Of course, the aftertaste is perhaps the best part of the smoking experience – a spiciness reminiscent of that old European tradition of mulled wine, filled to the brim with oranges stuffed with cloves. Agent Orange marijuana is an oddly festive strain, offering somehow both a Christmas flavor and a more mundane orange experience at the same time.

When using the Agent Orange marijuana strain, make sure it smells and tastes like an orange peel – if you don’t get an obvious citrus smell, there is probably something wrong (it is one of the few marijuana strains around where even novices should know what it is).

Once you have enjoyed the taste, you should experience the famed ‘stoner’ high that the nugs produce. The effects of Agent Orange weed are quite similar to the intensity of its aroma – they will hit you hard, and they will hit you fast.

By far the strongest emotions you can expect to feel are happiness and tranquility. Around the midway point of the smoke, you can expect to get creative energy that carries with it the optimism and joy that you experienced at the initial taste. You will find it easy to unwind, yet there is little chance that you’ll end up stuck to your couch. The high quickly moves from head to body, boosts your mood, and possibly causes you to start giggling.

Another unusual aspect of the Agent Orange strain is what we call a ‘double high.’ Its initial effects are immediate, and about two hours later, just when you think it is time to wind down, the effects return. There is a decent kickback towards the end that can leave you feeling sluggish (or otherwise prone to taking a nap), but it isn’t anywhere near as noticeable as some of the more indica-leaning hybrids that exist out there. If you are an experienced indica smoker, you likely won’t even notice it.

Also, due to this small indica effect you can easily use Agent Orange marijuana at the start of the day, enjoying its uplifting effects throughout the afternoon until around lunchtime, wherein you’ll enjoy a period of gentle relaxation and indica-influenced peace.

These effects are fairly typical of a hybrid that leans towards sativa – as Agent Orange weed does – but what makes it especially useful is the medicinal applications of the strain.

The most obvious medical benefit of Agent Orange marijuana is the alleviation of stress. Even its aroma and taste can make you feel better, and the high should help if you have anxiety or depression. Agent Orange is also known for boosting appetite, which may make it a good option for chemotherapy patients. Also, as it is capable of focusing the mind, it is possible to use Agent Orange weed to treat conditions such as ADHD and ADD.

Happiness-inducing effects are readily apparent at the start of the high, making Agent Orange weed a great pick for those suffering from mental anguish, anxiety, and depression.

In consuming Agent Orange cannabis, sufferers can enjoy wholesome, complete happiness at the start of their day. And for those that experience mild pain and discomfort, it can provide tremendous relief. For those with more chronic or severe pain, however, it is likely better to go for a more indica-dominant variety that can knock out the pain.

One other commonly reported medicinal benefit of Agent Orange marijuana is its ability to help treat headaches – for those with low-intensity migraines, it can prove excellent at defeating the ever-present scourge of agony.

All things considered, Agent Orange weed is the epitome of a ‘proper’ sativa. When used in moderation, it ensures you have a smile on your face, no matter how you were feeling before. It also ensures you become extremely stoned (despite the moderate THC level), so use it wisely!

Agent Orange marijuana is undeniably an excellent daytime smoke that gives you energy and doesn’t knock you out cold; as well as helping you feel happier, it also does a decent job of alleviating pain. It also offers a nice blend of the positive effects of sativa, with a passive indica element towards the end of the high.

With an uplifting, creative energy that persists throughout the day, the Agent Orange strain excels as an everyday flower that will leave you happy and fulfilled all day long. Also, this is a decent strain to try and grow yourself thanks to its versatility — just make sure you are regularly pruning and caring for the plants, as well as providing them with structural support.

As long as you avoid the Agent Orange strain if you have any kind of paranoia, it will offer any user a bright citrus taste with the sweet comfortability of a fresh orange in its aroma — as well as a constant, uplifting feeling throughout the entire day.

Be the first to review “Agent Orange – AAA” Cancel reply