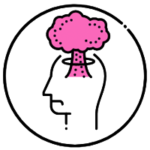 Alien Genetics has brought us many fine strains over the years. Apple Pie is another cultivar in a long line of their highly sought after genetics. Taking Slymer and crossing it with a Sour Apple IBL they’ve been working on, a nice mix of flavour and effects was born. Rocking a milder, more functional high, this Apple Pie can really be enjoyed anytime you want.

Boasting mostly sativa genetics, this strain is going to have a slight stretch to it. The buds aren’t overly dense but form lollipop clusters of fragrant little flowers. The fresh colas have the unmistakable scent of sour apple candy mixed with a sweet vanilla chai.

The flavor of the smoke has a more spicy note to it. The tart sour and vanilla notes take on a more spiced herbal quality. Depending on the grower and method used, especially the curing method, there can be some pretty drastic differences in the end result. The right hands can really get this strain’s flavours to pop.

Apple Pie’s effects are somewhat subtle making it a great strain anytime of the day. It doesn’t seem to have the jittery side effects commonly associated with sativas, but has a nice energetic kick. If you’re looking for a mid-day treat that won’t wreck your work, this might be a strain to consider. Trying to smoke all day and still get stuff done, Apple Pie is with you. If you’re looking for something strong and overpowering, this strain might not hit the mark.

With these effects and its super high 24-25% average THC level, Apple Pie is often chosen to treat those suffering from conditions such as chronic fatigue, headaches or migraines, mood swings, and depression.

This bud has a rich sour apple flavor with a nutty herbal exhale. The aroma is of sweet and sour apples with a rich earthy nutty overtone that turns slightly pungent as the nugs are burned. Apple Pie buds have elongated fluffy spade-shaped forest green nugs with sparse orange hairs and a frosty thick coating of tiny golden amber crystal trichomes.

Apple Pie strain is available for same day weed delivery in Toronto. Not in Toronto? We got you covered. We offer same day shipping Canada-wide mail order marijuana.

Read more about Apple Pie at Wikileaf.com or Allbud.com.

Be the first to review “Apple Pie – AAAA+” Cancel reply